When it comes to price, so-called chicken cups are far from being chickenfeed . . . as was made clear April 8 at Sotheby’s Hong Kong when a single cup fetched the equivalent of US$36.3m., exclusive of buyer’s premium. This set a new world record for a piece of Chinese ceramics. For avid and well-heeled collectors of Chinese ceramics, few pieces engender as much excitement as the small Ming dynasty-era bowls commonly known as “chicken cups.”

The bowl was bought by Shanghai billionaire property developer and collector Liu Yiqian who we have previously written about. 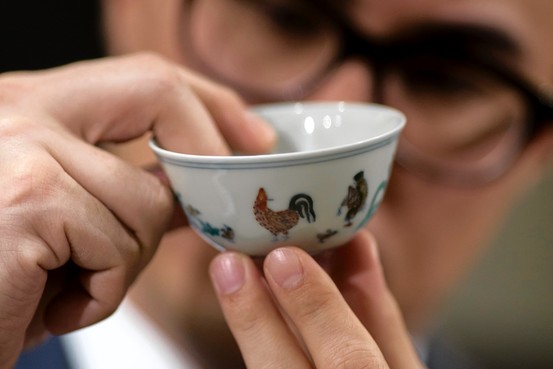 Of 19 chicken cups known to exist, 15 are in museums. Photo courtesy EPA