Films on the Green, the free summer outdoor French film festival produced annually in New York City parks by the Cultural Services of the French Embassy has unveiled its 2019 program, to focus this season on “Women behind the Camera” in honor of Agnès Varda, feminist filmmaker and pioneer of the French New Wave, who passed away earlier this year. Alongside Agnès Varda, films by a variety of other female film directors will be featured, from acclaimed French directors such as Claire Denis (Chocolat), Diane Kurys (Peppermint Soda), and Anne Fontaine (Coco Before Chanel), to international filmmakers such as Lebanese actress, screenwriter, and director Nadine Labaki (Where Do We Go Now?), and French Turkish director Deniz Gamze Ergüven (Mustang).

The Cotard delusion was first described by French neurologist Jules Cotard in the late 19th century. One of his patients, whom he called Mademoiselle X, believed that she had “no brain, nerves, chest or entrails, and was just skin and bone.” She was also convinced that she did not need food for “she was eternal and would live for ever.” The lady, Dr. Cotard claimed, was suffering from a neurological condition he called le délire de negation (negation delirium).

The disorder -sometimes also called ‘Walking Corpse syndrome’- is so rare that it largely remains a mystery today. People affected by the syndrome believe that they or part of their body parts are dead, dying or don’t exist at all. It is usually accompanied by severe depression and some psychotic disorders. But what intrigues neuroscientists and neurologists is not just the uncommonness of the syndrome, it is that the brain of the patients may hold the key to understanding the mysteries of human consciousness. 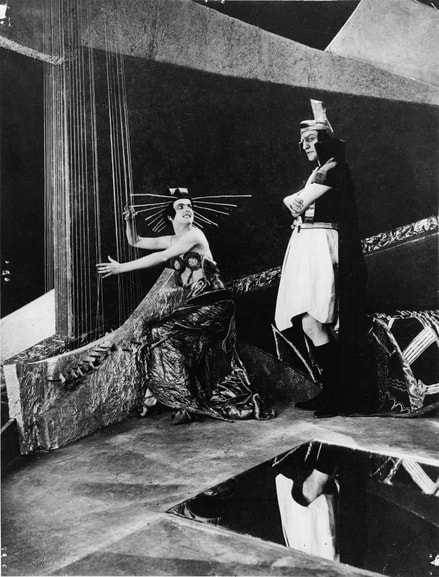 Have you heard how the Soviets brought socialism to Mars?  If not, you obviously have not seen Aelita.