Art Bites is a new series on Eye Level based on lunchtime talks at the museum. They feature the voices of SAAM’s research fellows who share their discoveries about artworks from the collection. Michaela Rife was the 2017-2018 Joe and Wanda Corn Predoctoral Fellow at SAAM, where she researched the environmental history of New Deal murals on the American Great Plains. She is a PhD Candidate at the University of Toronto and is currently working on her dissertation as a Tyson Scholar of American Art at Crystal Bridges.

What can a painting tell us about environmental history?

The painter of this image, Ernest Lawson, is not an artist typically associated with the American West. Most of his artistic life was spent on the East Coast with a formative period spent in Paris, evident in his own style of impressionism that a friend described as “a palette of crushed jewels.” Lawson is best known for his participation in Eight American Painters, a seminal 1908 exhibition linked to the Ashcan School and a type of American realism that reflected daily urban life. When he painted the Cripple Creek, Colorado, mining district seen here, the artist had taken up a teaching post at the Broadmoor Art Academy in Colorado Springs. Like Lawsons’ earlier urban scenes, Gold Mining, Cripple Creek (1929) can tell viewers a lot about life in a regional workscape, if we ask the right questions. 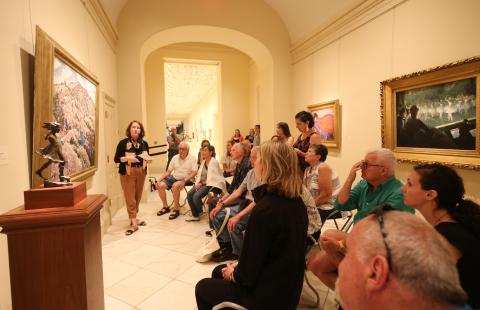 Human figures are not clearly visible in Lawson’s painting, but their impact is present in the industrial mining landscape rendered. Cripple Creek experienced a gold mining boom in the 1890s that coincided with a difficult economic decade. Gold became a bright spot in the national imagination and for Colorado’s unemployed silver miners. By 1900 the six-square mile district had 30,000 residents and seven hundred producing mines. But this kind of industrial mining was not the romantic ideal of a prospector with his pan and a mule; instead it involved hundreds of mine shafts and mill buildings, along with debris and tailings piles. Huge amounts of earth and rock were removed in the search for gold, and all of that material had to go somewhere, fundamentally altering the landscape. Look closely at Lawson’s thick paint, between the brightly colored mine buildings. Does some of the texture represent piles of waste rock like that shown in this photograph from the Denver Public Library from the same period?

The presence and absence of trees is another telling feature of Lawson’s painting. Industrial mining required incredible amounts of lumber to build mining shafts—some of them up to 1,000 feet deep! The presence of a few forested areas in Lawson’s scene makes the bare mountain face stand out even more. Why were these trees spared? It is possible that the shift to coal as a power source for Colorado mines beginning in the 1870s saved some Cripple Creek trees, though the coal dust produced by mining works could also kill off vegetation. It also might be that these trees are relatively new, because Lawson’s 1929 Cripple Creek was a far cry from the booming district of the 1890s. By the time Lawson painted it, the district once known as “the world’s greatest gold camp” had seen the closure of almost half of its mines and its local railroad. This was in large part due to an unsuccessful strike in 1903 by the Cripple Creek miners. This brutal, yearlong struggle ended with more than 200 unionized workers expelled from the county, weaker protections for workers, and a ban on unions. Gold production was cut in half, investors were scared, and Cripple Creek businesses suffered. Looking closely at the painting we can discern pale wisps of light paint coming from a few smoke stacks, but the scene has an overall sense of quiet.

As you can see, environmental history offers different lenses for viewing Lawson’s painting and the Colorado landscape it depicts. A question as simple as “Where are all of the trees?” can lead to new discoveries and perspectives on what might initially seem a straightforward image. 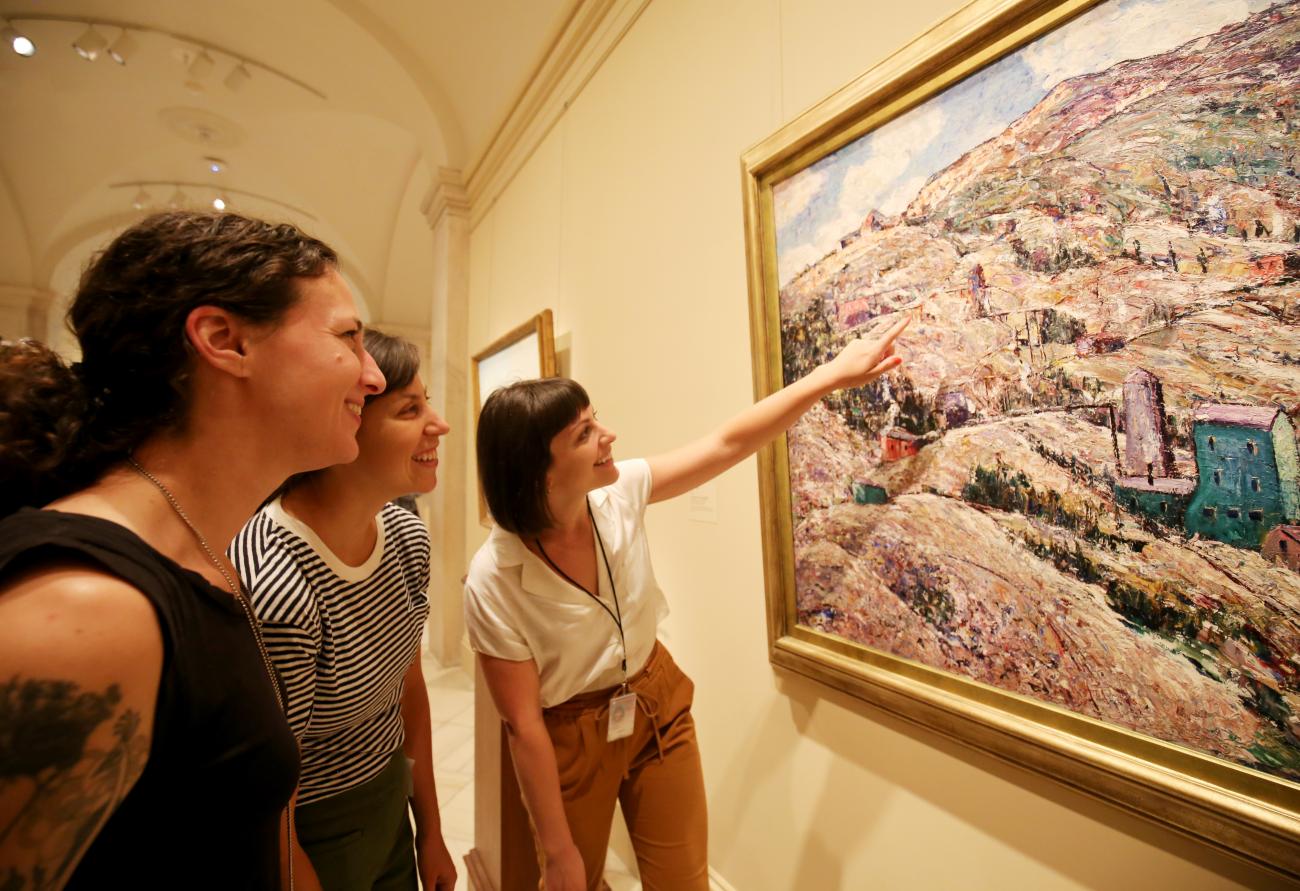