The Doc and I wrapped our Art Basel Miami tour yesterday and thought it was quite a good group of shows. As we head home, I’m turning the whole thing over in my head. For those of you who couldn’t make it, here’s a report from the front.

The ART BASEL MIAMI show, the “Big Show” at the Miami Beach Convention Center, did not disappoint, with breathtaking offerings by all the big name galleries—Gagosian, Zwirner, Landau, Hauser & Wirth, etc. For the wealthy collector, this show concentrates great, often museum quality work from around the world into a “small” space of a couple of acres under one roof. If you can drop $10 Million on a work of art, there are a dozen galleries here who are ready to help you. Interestingly, if you want figurative realism, the pickings are more modest, the work is expensive and the artist is almost certainly now working at that big art studio in the sky, i.e. he (yes, he) is dead. If you’re interested in contemporary art, the works are invariably abstract and/or conceptual and the artist is more likely to be living, although not necessarily so. Please don’t criticize me. I know there isn’t any brilliance in the preceding observations, but there’s nothing wrong with stating the obvious for those who do not have firsthand experience.

This year, video was less in evidence than in years gone by, but it’s not gone. Dead white guys continue to dominate but not as monolithically as in the past. The show hasn’t exactly warmed up to women, but there is a sense that galleries are considering whether to include women when putting together their offerings. They seem to be doing this to a slight but ever increasing extent, as everyone is beginning to sense the vibe that the women are really about to take off. And, like the men, the money is in the dead artists, so you see works by the deceased just as readily as the living. This year, we saw works by Alice Neel, Louise Bourgeois, and Louise Nevelson, among others. Photography was also generously displayed, with great works by both men and women artists.

As is the case every year, there were a couple of artists who suddenly seem to be on sale at every booth while others from years past have all but disappeared. So, for example, Josef Albers and Mel Ramos, who seemed to be all over the place a year or two ago, were pretty much MIA this year. Ditto for Basquiat, who seemed to be on every wall last year and now barely showed up. This year there seemed to be an “emergence” of works by Milton Avery and Wilfredo Lam and it appeared that the Lam works were selling. Can’t say regarding Avery. I think there’s something telling here, too, as Cuban artists are hot and getting hotter. 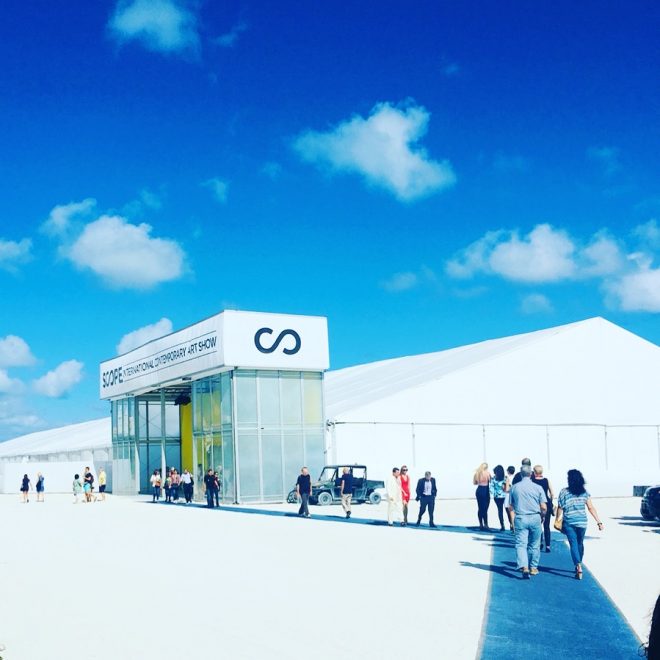 For nearly 20 years, the Miami Art Week happens early December and during these few days, more than 80,000 art lovers and collectors come to see thousands of works shown by galleries from around the world.